My fantasy children spend their days running around in the sun, building huts for the homeless out of fig leaves and recycled materials.

My real-life children, however, love video games and often have to be bribed to go outside.

While this should have (and has had) me crinkling in shame, I’ve made my peace with never being rewarded Mother of the Year.

More importantly, careful and extensive personal research has found that contrary to popular opinion, playing video games is not the gateway to moral degeneracy that we are often told it is. In fact, some studies show that compared to children with limited or no video game time, children who play these games are often:

OK, I made up those last two – though they’re certainly true of my family.

(In the interest of impartiality and balance, I should also mention other studies which show that video games increase the likelihood of violence, poor school performance, and the degradation of society, blah blah blithery bobcat.)

But jokes aside, even if you are like me and fall on the more permissive side when it comes to children and screen time, you may as well steer your kiddies towards games that have some clear benefit other than a diversion.

In honour of Video Games Day (12 September), we bring you our recommendations of video games, sorted by the skills that you may wish to encourage in your kiddies. 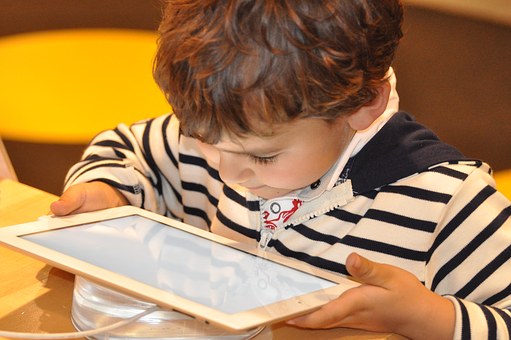 Empathy, sharing and other prosocial behaviours

Aimed primarily at toddlers and preschoolers, Sharing with Ducky Deck encourages players to share toys and other goodies with their in-game buddies.

If your little one loves animals, this super-cute game gets them to care for sick or injured animals and restore them back to good health – from the guinea pig who has stuff stuck between her teeth to the little worm who has tied himself into a knot.

The Bully Bunch has taken over Herotopia, playing mean pranks and generally creating havoc. Your child’s mission is to help stop their dastardly schemes by travelling around the world and solving a series of puzzles.

Mrs Frizzle is at it again, this time taking her pupils under the sea for a spot of marine science learning. The Magic School Bus Game is highly interactive and contains activities that will teach children about oceans and the many weird and wonderful creatures within them.

This revolutionary game develops children’s literacy skills by using written requests to ask them to draw something, which then comes to life and incorporates into the animated scene. Don’t be concerned if your child’s artistic style is a bit on the ‘quirky’ side – the animated characters will interact with your child’s creation, no matter what it is.

A cooperative puzzle game that can have up to four players, this ingenious puzzle game requires paper pals, aptly named ‘Snip’ and ‘Clip’ to cut each other up in various shapes in order to navigate obstacles and solve tricky puzzles.

Working in a professional kitchen requires multi-tasking, quick-thinking and a heck of a lot of teamwork. So someone had the bright idea of turning this into a coop game that simulates a real-life kitchen – complete with piles and piles of dishes, customer orders and complaints coming in thick and fast, fire hazards (forgotten pot anyone?), and so much more. Whew! No wonder Gordon Ramsey is such a grumpy bollocks.

With any luck, the game will inspire a love of real-life cooking. Though the opposite is probably more likely.

This very popular game will please all ages, including those of us of more ‘advanced’ years.

The huge appeal of the game lies in its versatility, and the fact that it grows in complexity depending on age and skill levels. For example, you can enjoy making things in creative mode with an 8-year-old, and fight zombies with your 10-year-old.

Encourage a love of the great outdoors

Or just the backyard, at least.

This app prompts children to perform certain outdoor activities (e.g., jumping, climbing), with parents or older siblings taking photos of this and subsequently uploading them into a pre-developed story.

This game doesn’t involve getting the kids outside as such, however, if you’re lucky, it may spark an interest in gardening..

In Gro Garden, kids become virtual gardeners where they have to plant and maintain crops, feed animals and compost food scraps.

For more games that get kids outside, see our previous blog. 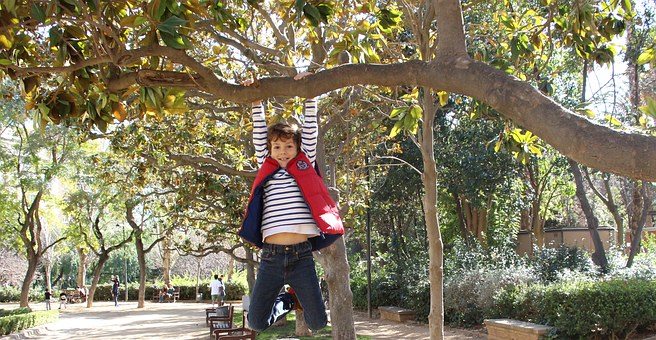 This award-winning game asks children to adopt an endangered polar bear. In the process of keeping the critter alive, players are challenged to complete real-world missions such as recycling, turning off unnecessary lights and saving water.

Of course, this segment is by no means a one-size-fits-all because parents vary enormously in terms of interests, gaming skills, and how foolish they’re willing to look in front of their offspring.

The following choices reflect my own tastes which may or may not apply to other gaming-skills-challenged 80s children.

Lord Vortech has evil plans to take over every possible Lego Universe. This means that every Lego hero, from Superman and Frodo to Marty McFly, must team up to save the Legoverse.

Lack of tech skills aside, there’s something nostalgic and comforting about Marty McFly and Scooby Doo saving the world together.

There’s also a potentially huge side benefit, in that sufficient exposure to Lego via an electronic medium may discourage collection of the physical versions (saving our souls, not to mention soles).

Conversely, they may be even more inspired to take up real-life Lego. Sigh.

I’m looking at you, Guitar Hero and Just Dance.

Sit back and pretend to look interested while your child riffs or breakdances to the songs of your youth. Your child may be so caught up in executing the correct series of flips and twists that they’ll mistake your whimsical smile for approval of their prowess (and not of enjoying the sudden memory of the boy who pulled your hair at the blue light disco).

I’m talking 90s and early 2000s games such as early Mortal Kombat and Sonic the Hedgehog.

The old-style graphics may appeal to parents who grew up playing these games. Your kids will also be able to dazzle their peers at the local sports clubs and RSLs which haven’t updated their kids’ gaming rooms since 1997. 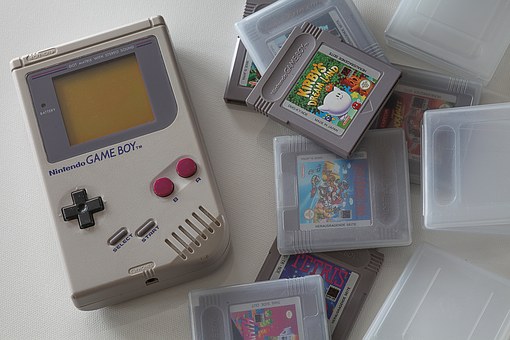 Yep, we’re going back to a time when ‘old skool’ was still ‘old school’.

If your child is willing to lower their standards about graphics and apparent complexity, popular 80s games such as Tetris and Pac Man are great options. By virtue of their age, these games are relatively simple so you don’t need to worry about violent graphics. However, they still encourage multitasking and quick thinking.

Even better, you can enjoy feigning confusion as your child kidsplains to you the rules of this amazing ‘new’ game they got. Then cackle gleefully as you proceed to fit bricks with alarming speed and smash their high score out of the water.