Lunchboxes… the humble vessels that hold our break time delights.

But have you ever wondered about their origins and evolution? No? Well I’ll tell you anyway!

A SHORT HISTORY OF THE LUNCHBOX

What we know about the origins of the modern lunchbox comes primarily from the US.

The lunch pail is considered a precursor to the modern lunchbox. Lunch pails were heavy-duty metal structures that protected working men’s daytime meals from the airborne perils of a work site.

In the 1880s, school children started to create their own versions of these lunch pails by re-purposing the colourful tin boxes that previously held biscuits or tobacco. 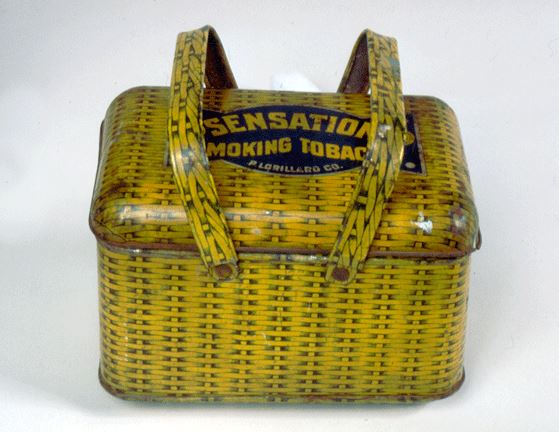 Imagine if you sent your kids to school with this? Image via Smithsonian.com

In 1902, the first lunchbox designed specifically for kids came out. It resembled a metallic picnic basket with pictures of children on the side.

In 1935, Mickey Mouse was the first licensed character to adorn a lunchbox.

The increasing prevalence of television from the 1950s onwards resulted in an explosion of pop culture icons on lunchboxes, including the following beauties: 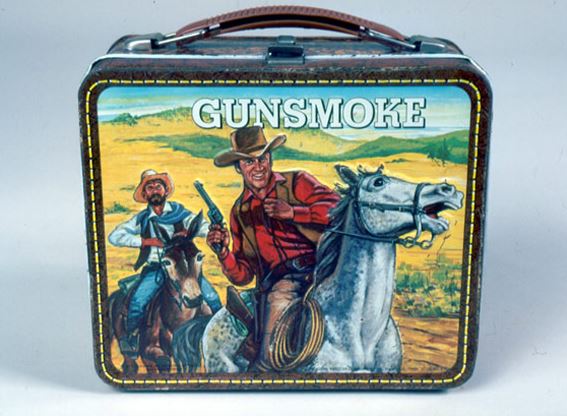 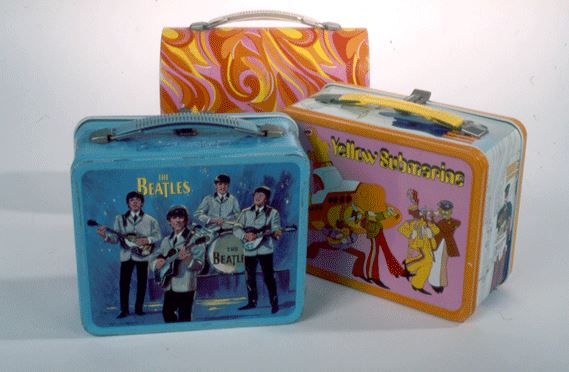 Metal lunchboxes were the predominant lunch carrier until the 80s when plastic took over.

The history of lunchboxes in Australia is not as well-documented.

An informal survey of the Stuck On You Crew shows that the majority of people who went to school in the 70s and 80s had a basic, single compartment plastic box (though one lucky Crew Member remembers being the only one in her class bringing a brown paper bag – classy!)

Yours truly was no exception, with a selection of mono-coloured plastic lunchboxes over 13 years of schooling. I remember begging my parents for more interesting – and therefore expensive – lunchboxes. Uniforms and standard issue school bags meant that lunchboxes provided one of the few ways we could express our individuality.

In hindsight, I am violently grateful that my parents vetoed my lunchbox choices. Otherwise, I would’ve chosen something like this:

These days, we are more conscious of the need for good nutrition as well as environmental conservation. The trend in today’s school yard reflects these concerns and as such, there is a demand for healthy unprocessed food and ‘nude’ (package-free) lunches.

Stuck On You has the perfect lunchbox that aligns perfectly with healthy, eco-friendly and fun eating. Our fabulous Bento Box has compartments that encourage balanced eating – simply throw in their favourite foods (all healthy of course!) or make something more elaborate and eye-popping. However you do it, we guarantee that your kids will love it. At the end of the day, separate the inner tray from the outer box and pop them onto the top rack of your dishwasher. Easy! 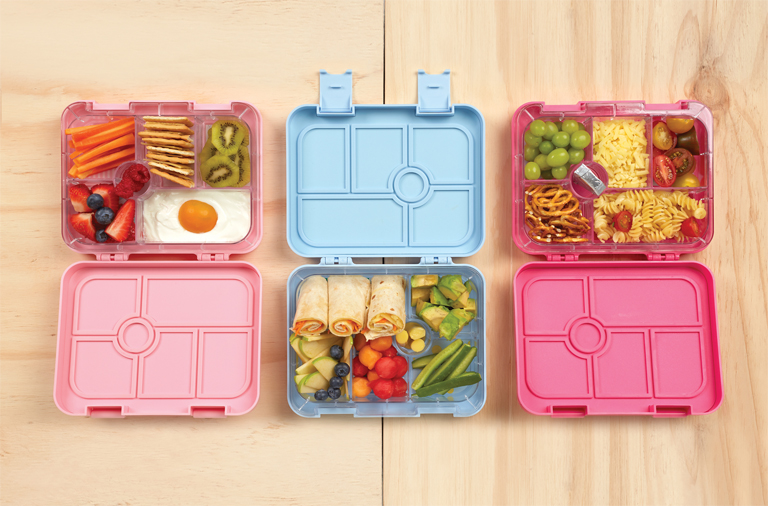 Also check out the other awesome items in our lunch range, including the versatile and handy Lunch Bags.