Ahoy me hearties! It’s almost International Talk Like A Pirate Day (19 September) which means it’s also time to brush up on the lingo.

As parents, we want our children to expand their cultural and linguistic horizons, so what better way than to expose them to pirate-speak via ordinary conversation?

Before we launch into the language lesson, however, let’s start with the history of International Talk Like A Pirate Day.

International Talk Like A Pirate Day was born in 1995 (the same year as Stuck On You btw) during a friendly game of racquetball between chums John Baur and Mark Summers. When in response to an injury, one of them went “arrrrrr”, they thought – wouldn’t it be great if we all talked like pirates for a day? 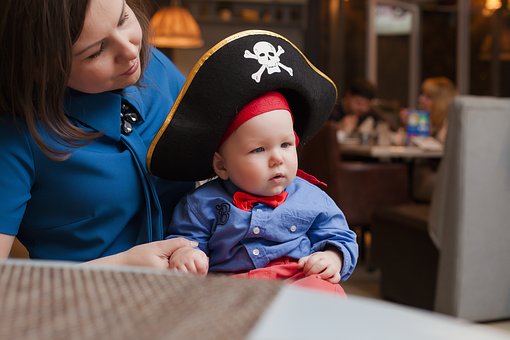 Why we should celebrate International Talk Like A Pirate Day

For example, my local library has recently included ‘pirate’ as one of its language options for the self-service borrowing machine. This means you need to be up on your pirate-speak or risk not properly deactivating the book’s sensor thingies and setting off the alarms while your fellow patrons look at you like you’re a common.. erm… pirate.

Alternatively, you can switch to English or any other language you know. But that’s boring.

Pirate is an evolving language

Like all commonly-used languages, pirate-speak continues to grow and change with the times.

For example, did you know that “Johnny Depp” is nouveau-pirate for “pretty boy”? Yes, pirates update their dictionaries too. 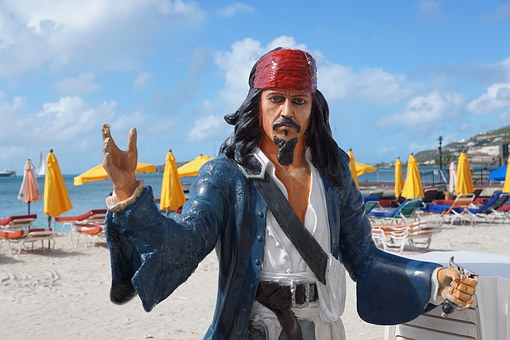 Admittedly, this is not at the top of everyone’s bucket list – but it really ought to be.

Contrary to what some (cough, me) might believe, pirate-speak as we know it today did not originate with real-life early pirates. These pirates came from many different nations, spoke many different languages and probably spoke it not too differently from their fellow countrymen, meaning that there was no unified ‘pirate-speak’ as such.

If you’ve ever wondered why pirates sound a bit Irish, what you’re actually hearing is a fair tinge of the West Country burr. English actor Robert Newton, who portrayed pirates in several popular 1950s films, was from the West Country (south-western England) and his way of speaking in these films became the blueprint for the standard pirate ‘accent’.

Interestingly, a recent survey has rated West Country accents as the least sexy of all British Isles accents (with Irish accents considered most sexy – so much for them sounding similar).

But don’t let that deter you from mastering pirate-talk. Familiarity breeds attraction, right? 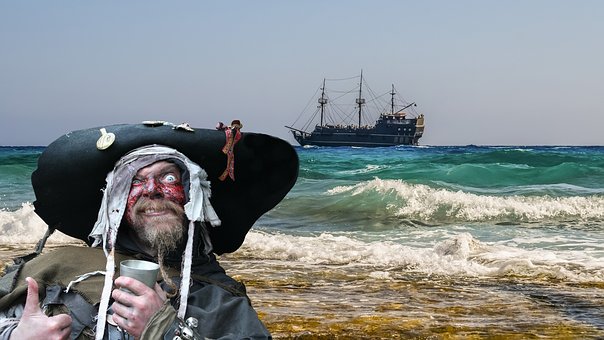 THE BUSY PARENT’S GUIDE TO SPEAKING LIKE A PIRATE

We get that as parents, you might feel a bit too time-poor to learn another language. But like with any spot of international travel where you need to be armed with a few key phrases to survive the new country (e.g. hello, where is the toilet?), it’s helpful to have a few handy soundbites as you navigate the treacherous waters of parenting.

We now bring you a selection of commonly-uttered parent phrases, translated into pirate.

Ahoy maties! it be time for grub!

What maggot’s burrowing under your periwig?

What is bothering you at present, my darling?

You’ve the tongue of some fouled scupper.

I do not approve of your use of language.

Get this bunghole ship-shape! Ye just be havin’ a spot of Cape Horn Fever.

Clean your room. I don’t believe your claims of illness.

It be time now for some shut-eye – yer mama be wantin’ to get one sheet to th’ wind.

Get ready for bed right now please, so mother can get mildly tipsy

Batten down the hatches and quiet ye down. Ye old wench be passing!

Let’s play a fun game of ‘Pretend We’re Not Home’. Coincidentally, grandma is coming past.

(If you prefer to be more polite, and/or distinguish your mother from your mother-in-law, substitute ‘old wench’ for ‘old lass’)

Don’t be naughty or I will dole out a fitting punishment.

Yo ho ho, blimey, blow me down and shiver me timbers! Yer being good sprogs fer once.

I wish you a fair wind ever and always.

Good luck in your future endeavours, my newly adult child, and see you again when you require some fresh laundry.