We celebrate many firsts in our children’s lives – first smiles, first words, first day at school… And yeah, all these are pretty cool. But what about the less conventional milestones that tend to go unnoticed but are just as momentous?

Here is a list of hugely important milestones that the parenting books don’t talk about.

When they can properly wipe their own bum.

Toilet training is a huge and important milestone. But what is not as well known is the fact that the assisted-bum-wiping stage can take another bit longer.

Once they’ve nailed their own bum wiping, say goodbye (hopefully) to skid marks, smelly bums and suspicious stains on toilets.

When they can throw up into a toilet or bucket.

We’re so excited when they can finally put their number ones and number twos in a flushable container. But what about number three, or four, or whatever number we assign to vomit?

Warning: This may reverse temporarily when they reach ‘illegal’ drinking age (anytime from 13 to 18).

When they can get into the car themselves.

This means no more trying to wrangle a jumble of complex straps around Oscar the Angry Octopus and his equally feral sister. 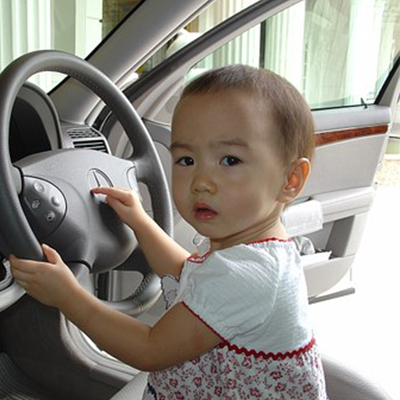 When they finally master how to use the swings.

When you visit the local playground, you harbour fantasies of your child keeping themselves happily amused while you relax and bask in nature (or Instagram).

But then they get on the swings. And demand you push them. Over and over.

However, once they work out how to get the momentum going on their own, you should theoretically be able to sit back, relax, and return to your social media stalking.

Well, except for this:

“MUUUUUM watch me do this! Muuum watch! OK, I’m doing it now. Wait, that was wrong, I’m gonna do it again. Oh, you MISSED it because you were looking at your phone. I hate you! Now I have to do it again. WATCH!”

When they finally tell a joke that makes sense.

Something I noticed with my little cousins and more recently my own children was that when they first started to develop an understanding of humour beyond peek-a-boo, it was… how do I put it kindly… bad.

Cue several months, or even years, of putting up with crap jokes like this:

Them: What did the crocodile say to the chicken?

Me: I don’t know. What did the crocodile say to the chicken?

The moment they start telling jokes that make sense is a huge turning point. Even if they’re so Christmas-cracker bad that they make even drunk Uncle Cyril cringe, at least you know that they’re supposed to be funny.

When they start to enjoy TV shows and movies that you also enjoy.

For some of us who are young at heart (read: immature), this magical moment will come fairly early. For other more discerning viewers, it might come in the form of a Dreamworks or Disney Pixar film that works on multiple levels and can, therefore, be appreciated by kids and adults alike.

When they become more tech-savvy than you.

Again, for some of us, this magical moment will arrive sooner rather than later. In my case, it was when the eldest reached the age of 2.5 years. This means that it’s been about a decade since I’ve had to set up or program anything on my own. Of course, my children occasionally use this to their advantage, but glass half full and all that.

When they start developing social shame.

The emergence of social embarrassment in children is a hugely powerful tool for parents as it generally spells the end of epic public tantrums (theirs and ours). Once they also nail the related concepts of political correctness, social politeness and indoor voices, we parents can stop having to field awkward, LOUD questions in public about why that funny-looking man in the wheelchair has moles all over his face.

The first time you all get on a flight and people aren’t flinching or glaring when it looks like you might sit near them.

When you can leave them at home alone.

Reaching this particular milestone means that you can nip out to the shops to get milk without having to wrestle the kids into the car and then ward off constant demands to buy half the shop’s lolly supplies. As you progress along this stage, you might even be able to pull off meeting up with a friend at the local cafe for an hour.

When a “Mum” friendship converts to a real friendship.

You know what it’s like. Your children lock eyes from across a crowded schoolyard and decide in that instant that they would be besties for life. When the kids are still young, this means you need to get to know the other child’s parent, an awkward feat if you don’t quite hit it off. But once in a while, you’ll stumble upon the parenting unicorn – your child’s bestie’s parent who also becomes your own new best friend.

You’ll know you’ve reached this wonderful moment when they graduate from being “Lisa Sophie’s Mum” (or “Sophie’s Mum”) to just plain “Lisa” on your phone contacts list.

The first time they say sorry without any prompting – and mean it.

This hugely important moment gives you hope that your child might not grow up to be a serial killer.

The first time you trick them into liking a song from your own youth.

You know that your last 36 school runs of playing The Very Best of Daryl Hall & John Oates on a loop has paid off when your child sheepishly requests that “kiss on list” song.

If your child is anything like one of mine, they won’t openly admit to liking one of your songs. So watch for more subtle signs like them staying suspiciously quiet and not frantically trying to change the station when Rock Lobster or Mysterious Girl comes on the radio.

The first time they do chores with enthusiasm and absolutely no expectation of reward.

Haha, jokes. This will NEVER happen.

Do you have any under-celebrated milestones to add?