Ever wondered why your kids love dinosaurs so much? Here’s why the astounding creatures will never really be extinct in their eyes.

Kids love dinosaurs: it’s a fact. It’s one of those phases that every child seems to go through at some point—and if you’re Ross from Friends—never goes away.

If it’s not too long ago, think back to your own childhood. Amongst all the hazy memories, you probably have some vision of trawling through giant picture books of these stupendous creatures or running your lizard-like figurines through the living room.

It’s a curious phenomenon. Children all seem to have something on which they fixate—whether it’s construction vehicles, sharks, unicorns, mermaids, or anything in between. But without a doubt, one of the most popular and timeless choices for a child obsession is dinosaurs. Read on to find out why.

Triceratops of the pops

Okay, the first reason kids love dinosaurs is about as obvious as why parents love an uninterrupted night’s sleep.

It’s because they’re freaking awesome! (almost as awesome as that uninterrupted night’s sleep).

They’re giant creatures who ruled the Earth for millions of years—and the epitome of strength, speed and power.

They’re also mysterious. The fact that we’ll never know exactly what they looked like, how they acted, or if Jeff Goldblum could really look that cool trying to outrun them, just adds to their sizeable grandeur. 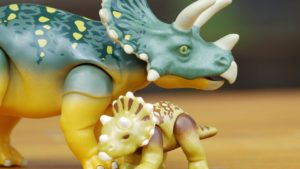 Ironically, one of the most enticing things about dinosaurs is that they’re not around anymore. This makes them the perfect fodder for kids to indulge their imaginations.

But this indulgence is made easier because they did exist. We’ve documented the hell out of them and so most of the imagining is already done.

There’s so much media for kids about dinosaurs (including books, documentaries and movies), that they well and truly know what they look like. This means they just get to imagine what they’d do—whether it’s stomping on buildings, sending out ferocious roars, or researching meteorite prevention techniques.

With no point of reference in the real world for how dinosaurs actually behaved, kids get to run wild. And, like the dinosaurs themselves, run wild they do! 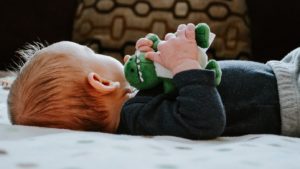 Becoming utterly fascinated with something is the first time in children’s lives when they can start to form individual personalities.

They can learn and experience before they’re old enough to be aware of anyone judging or analysing their choices. They can absorb their chosen interest entirely, without fear of reprisal—of being told something else is more valid or they’re doing it wrong. In their eyes, they get to be experts.

And with so many resources to develop a knowledge base, dinosaurs are an easy choice. There’s about as much chance of slowing them down as the velociraptors in Jurassic Park.

At Stuck On You, we’re big fans of children indulging their obsessions—and we love to help them do so! If you’ve got a budding paleontologist in your midst, then we’ve got you covered.

We have dinosaur designs available for our range of Labels, our famous Bento Boxes, our variety of Bags and our huge selection of Stationery.

Check out the products below—and click on the links for further details. 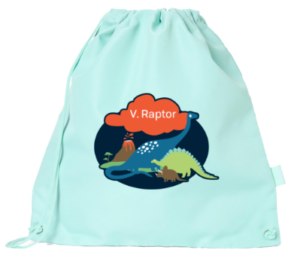 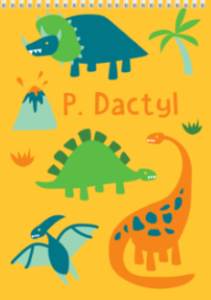 Do you have kids who are fascinated by dinosaurs? Or something else entirely? Let us know in the comment section below.