Have you ever looked at your screaming, scheming, lying and flying offspring and wandered – are you raising a freak or serial killer? If so, fear not – the research shows that many of the annoying and downright disturbing behaviours your child exhibits might actually be good for them.

You know you have a strong-willed child when making a simple request for them to put on their shoes can result in an hours-long standoff.

While having a stubborn child can be teeth-gnashingly irritating (believe me, I know), the research shows that children who consistently defy their parents and push boundaries are more likely to perform well academically and earn higher incomes as adults. This may be for a number of reasons, including the fact that strong-willed people tend to be more competitive and more insistent when striving for what they want (e.g. salary negotiations). They are also less likely to succumb to peer pressure.

The researchers also considered that maybe these rule-defying adults are doing something a lil bit.. err.. shifty to get that extra dosh… but I’ll ignore that for now. 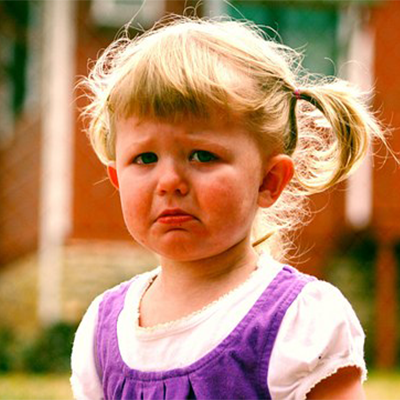 Imaginary friends are good for creativity and social skills

My son came home from school one day and introduced his new friends. “Mum, meet Gary, Larry and Bob,” he announced ebulliently.

I looked around him and based on the names, expected to greet a gaggle of balding, pot-bellied 45-year-old truckies.

But there was no one there (admittedly a relief because then I wouldn’t be forced to make awkward enquiries as to why men their age would seek the friendship of a 5 year old).

However, relief quickly gave way to concern when it properly clicked that these friends were not… real. What did this mean? Was my son a weirdo? Would I have to arrange an intervention of some kind?

While frantically searching online for a Certified Practicing Exorcist, I came across some research saying that not only is having imaginary friends in childhood relatively harmless, it can actually be a good thing.

Numerous studies have shown that children with imaginary friends are more likely than those who did not to be empathetic and creative, and less likely to be superficial. Imaginary friends can also provide a child a safe way to express fears and desires that they normally wouldn’t be comfortable bringing up.

So thank you Gary, Larry and Bob.

All of us lie. And those who say they don’t are lying.

The research suggests that the earlier you figure out how to lie, the cleverer you might be. This is because lying takes a lot of complex cognitive skills such as a good memory and the ability to twist reality into something that sounds believable.

Do you have a kid who seems determined to break their neck at every opportunity? (Again, I have one of these!)

Rest assured that while the chances of them actually breaking their neck is very low, your child is almost definitely learning to regulate fear and navigate risky situations.

Babies who don’t sleep much may be geniuses

Bleary-eyed new parents, take heart. According to Professor Peter Fleming from the University of Bristol, there is an association between being a baby who wakes often, and being intelligent (even gifted) and mentally healthier later in life.

Got a kid who likes to play with their food in their highchair?

While they might literally have egg on their face (and everywhere else), your sticky child is actually also learning at the same time. A recent study showed that messy eaters may also be more efficient learners in the long run.

Research has revealed that fidgeting may have an important biological function – weight regulation. The tendency to fidget is likely to be inborn, showing from a very early age. So if you have a squirmy wormy bub, rest assured that this annoying habit may help them keep excess weight off both now and later in life.