In celebration of Learn What Your Name Means Day, we are bringing you a list of common names that have – to put it as diplomatically as possible – unusual meanings.

Of the shed (Old English).

He who has a stump for a hand (Hebrew).

This name derives from a Middle Ages practice where rival tribes would offer a person (usually a child) to each other as a peace offering. Awwww….

She whose singing lures men to destruction (German).

Bitterness and sorrow (Hebrew). Mara also means “nightmare” in Swedish and “death” in Sanskrit if you’d prefer to be hardcore.

It can also mean “the sun” in Sanskrit, or “rose” in Persian. But let’s ignore that for now. 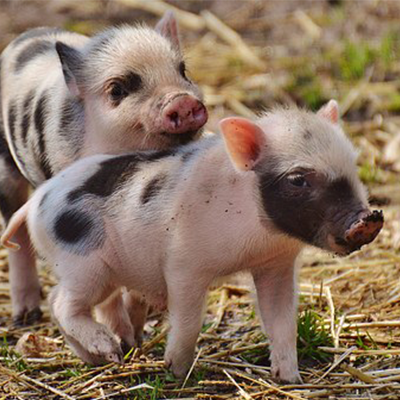 Contrary to what millions of baby name books claim, sometimes a name is just a name. You know, something that sounds pretty or goes melodically with your surname. However, if you’re like me and a tad superstitious, here are some way to reassure yourself that names are not always the harbingers of doom (or stump hands).

1. Find examples of people who thwart the meanings of their names.

However, if you need that extra reassurance, it’s easy enough to look to numerous real-life examples of people who don’t fit their names. For example, the Kennedys are a decent-looking, if slightly unlucky, bunch. Cameron Diaz has a perfectly nice nose. Your bestie Madison does not have a parent called Maud (nor is she a boy). You get the drift.

You could also approach this in the other direction, i.e. thinking of people who don’t do justice to the positive meanings of their monikers. Such as your overly-inquisitive Aunt Mildred, who was showing anything but “gentle strength” at your cousin’s recent wedding.

Many names have more than one meaning, and if you look hard enough, you might find a language in which a name you like has a more pleasant association.

For example, quite apart from “nightmare”, “death” or “sorrow”, Mara can also mean the more benign-sounding “sea” in Gaelic. And Olivia can also mean “olive tree” (though let’s be honest, “elf army” is way cooler).

What’s wrong with having a crooked nose anyway? It worked out well for Owen Wilson and Jennifer Grey of Dirty Dancing fame (whose career tanked after she had plastic surgery to “correct” her nose). Crooked mouths are also pretty darn sexy on the right person.

And is “bitter” always a bad thing to be? Not at all, says dark chocolate. Also, Brussels Sprouts are good for you don’t ya know?

4. Remember that language – and names – evolve

Alexa traditionally means “to defend”. But it is now synonymous with Amazon’s virtual assistant. So much so that parents have been accused of being cruel for not changing their daughter Alexa’s name to something else to avoid bullying.

And let’s not forget Urban Dictionary’s ability to ruin the meanings of once-innocent names, words or phrases. Nothing is safe.

However, it could go in the other direction as well. There is always hope that sometime in your or your child’s lifetime, your name will gain a positive association. For example, in the year 2030, Suri could still mean “pig” but could also mean “she who saves the world from invading aliens while remaining pretty and having no broken nails” (no pressure, Suri Cruise).

5. Beautify a name with Stuck On You’s personalised products

Here at Stuck On You, we love ALL names regardless of meaning.

However, if you want to pretty up a name, we have a huge range of personalised products with a choice of colours, fonts and icons that will sweeten up your bitter little Molly or give Calvin a full head of hair. 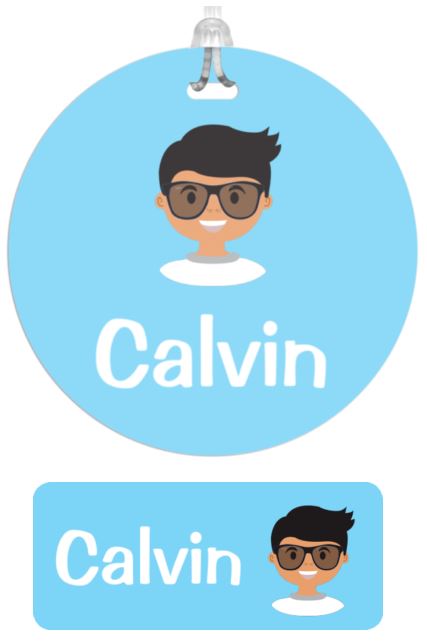 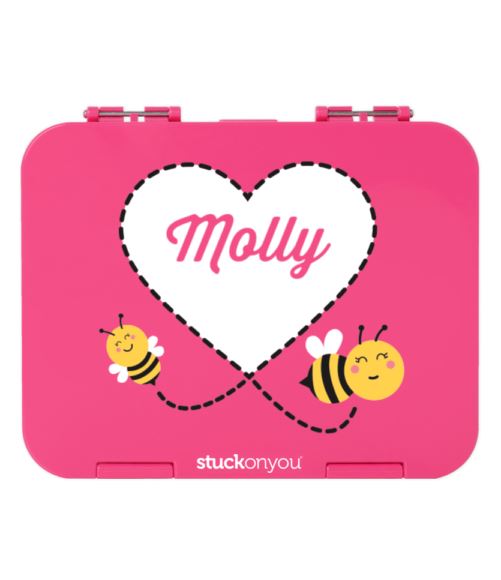